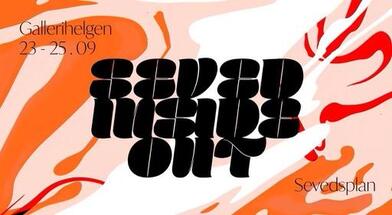 INSIDE OUT 24-25 ​​Sep 2022 | Outdoor exhibition on the streets around Seved. Part of Malmö gallery weekend.
​
A heavy mix of local established and non-established artists display their creations in various sizes in the street's gallery. There will be a workshop on Saturday 14-16 where visitors can make their own works on site and contribute to the end goal - Seved Art District 👑  This is created non-profit from the heart to celebrate the area and the art, so you who read this, feel welcome as a visitor, but also as a participant. Meteor International who are behind this live and love our neighborhood and want to see more of all artistic expressions when we walk outside the door. And we want to inspire everyone to shape and love our common spaces ❤
know more

​An Exhibition at Alta Art Space in Malmö, 6-19 of April 2019
​
graduallyshiftedacceptance.weebly.com

supported by
Stewdio Seved
Meteor members have  started a studio in the area of Sofielund in Malmö where they will open a underground gallery  in part of the studio as soon as the corona situation is more stable . Meantime they are planing to show video art and animation films in street level from the windows of the studio . There will also be online animation workshops for youngsters and as a collaboration with Spinneriet Urban Street Art School
Eternal Rainbow
Varmt Välkommen till  en-dags-utställning med verk av

This project is inspired by one of our curatorial international projects from Meteor International platform. In all of our previous editions we have called the program, "Hidden Art". "Hidden Art" has been an experimental exchange where the collective has tried to make a dialogue between art and viewership. Curatorially, this time we are trying to push the boundary to a further level than that. In "Hidden Area", it will be an amalgamation of multi-layer exploration and deconstruction of ongoing structural ideas about “public art design”. The purpose of  "Hidden Area" will be to find out the scope and space in the city which is conflicting and contrasting at the time. 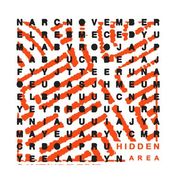 The founders of L´blend from south Morocco and members of Meteor visit each other .
In Tiznit, Morocco the elder generation dictates the conditions for how the city is used.The development of the city has stagnated.The younger generation with innovative ideas and dreams reach for the nearby bigger cities hunting for a meaningful living. Through PAF the youth of the city Tiznit, especially the young women, are given new opportunities to develop tools for expressing themselves in collaboration with swedish artists and musicians and to leave an imprint in the city where they reside.
Meteor International will host two representatives from the Cultural Centre L´blend in their artist residency in Sofielund, Malmö during October 2018
press release 1 | press release 2

Tjejer Kan project : The Area
Artists will work in collaboration with young girls in the area of Sofielund  Malmö in a mobile network and a hybrid space with art projects both as exhibitions and with online magazines and live sending of art projects
and art critic from the street​
Online Magazine
Street Art Crticism 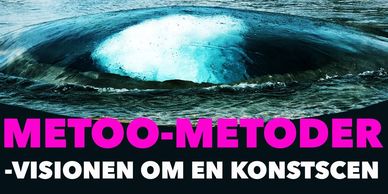 Supported By
Requiem for the Lost Artefacts from the Ancient Civilizations
​https://requiemforthelostartefacts.blogspot.se
Curatorial support project | Expression-Expedition at Nepal(Asia)
An international cross-disciplinary artist meet with the idea
of emerging collective space inside everyday encircle sphere.

From the curatorial side, we are trying to focus on two specific areas. In one hand we are proposing a platform where fluid art and mixed media practice can exchange the view of the new understanding of art practice, especially in the context of the idea of 'public-participation-practice'. Other-hand, this project will be an inclusive meet for practitioner where potential interactivity and performativity can make a collective bridge.
hastagee2018.blogspot.in 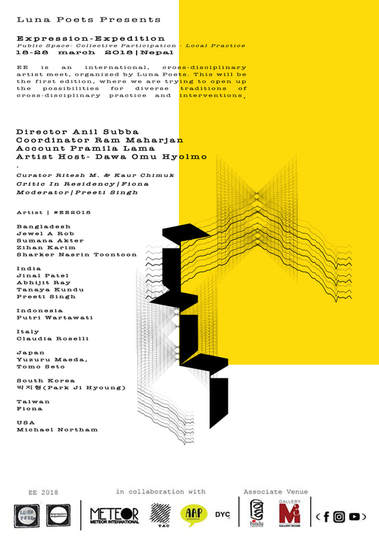 CONFLICTING SPACES - AN EXCHANGE ART PROJECT & EXHIBITION - HOWRAH-MALMÖ
Rather than a public art project this exchange is about making a visual narrative between two different omnipotent spaces both the space in one hand   carrying a potential living historical memory, on the other hand  also has the hidden possibilities of the incompatible contradiction.In this art project we invited artists from India and Sweden and invited artist will develop their individual or collaborative work through the process of collaborating with two curators.Rather than production or final execution this collaboration starts with a dialogue between both curators which is more about idea of space ,intimacy,bonding,struggle,body,labor and contradiction of nature and culture.  This is the nature of the project where both curators have to be  very sensitive about choosing the exhibiting space where they are trying to evolve the possibility of conflict between visible and invisible line.Curators are deeply involved in the respective area and environment of the exhibition sites to understand more the dynamics and politics of the site. During this project we are trying to concentrate two complete different cities practice of seen-unseen labor and the process of its viewing.Howrah and Malmo are each a city which has its own visual parlance but there is strong understanding of human labor,city’s new lifestyle, developing society and its hidden crisis. Here one city had a long history of labor industry, people’s movement, naxalite history and of course current politica scenario where the city is more free with open economy,migrated labor,new political friction and new understanding of neo-social spaces. Howrah is based on a side of a  river bank opposite Kolkata formal british capital.History of this city is also reflected from its architecture and living history which is also a crucial element. Malmö on the other hand is a relatively small city with labor-industrial history.It  had the large shipyard industry Kockums until it moved the production from Malmö  in 1998,  and a  number of textile factories that closed down in the 1950s and 60s.Some other large industries in Malmö were ADDO that produced office equipment, Ljungmans  that produced petrol pumps and Cementa that are  still producing cement.Malmö has recently turned into a knowledge city since the University was based in the city. Malmö has the largest population in Sweden of Middle East origin, who mainly establish themselves in small companies like food stores, tailoring,barbers but also as dentists, doctors,lawyers etc.

​ Apocalypse Now
Open Air Artist Workshop on Pakri Peninsula August 2017  Pakri Nature Protection Area, Paldiski, Estonia. Before Estonian independence time, Pakri Peninsula was used as a Soviet military zone. It was a closed area for ordinary citizens and a Red Army base was located in Paldiski town with  a port for the military ships .  After Soviet time collapse, the nature protection was created.Sadly the ground was polluted by the Soviet military. Great efforts are made by Estonian government to clean up the ground from oil and  chemicals. We will organise an open-air artist workshop on Pakri Peninsula that gives opportunity for artists and also visitors to acknowledge or remind of recent past history of this site with both context in the form of memory as well as politics of state where nature is used to hide and secure the violence. We will invite public for discussions and artist talks while working on the artworks in the open air workshop to outreach the real intention.  Meteor  have been following and observed the changes of the European Union and Nordic countries nature and understanding of land politics and migration and refugee policies. Sweden has during the last year become a very closed nation due to the very restricted immigrant policy and strictly closed borders with every id card photographed by border guards, and we now feel a very great need to open connections to the rest of the world as artists. We think about the state of the world at the moment. The wars going on, the refugees everywhere. The military zones are still there and present politics seems to manifest how Cold war as it was not so long ago has still much importance.